Forcefully separating a child from his or her parent can be devastating to everyone involved. 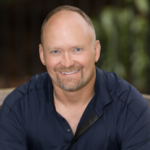 And it’s even worse when the state and a supposed expert wrongly accuse families of child abuse and take a child from their home without evidence or proof – sometimes despite contrary medical evidence they willfully and unconscionably ignore.

That horror is what happened to a number of families in Western Washington. And it’s why my colleagues Kevin Hastings, Chris Torrone and I have filed suit against Dr. Elizabeth Woods of Pierce County and nearly a dozen state child welfare agents for abusing their power and duties by wrongly alleging child abuse that led to numerous long-term separations that had significantly detrimental impacts on the children and their parents alike.

Washington State’s Department of Health Services (now known as the Department for Child, Youth, and Families), has a clear legal mandate to protect children from abuse. But in too many cases, the state agents relied on Dr. Woods – a physician who worked at Mary Bridge Children’s Hospital in Tacoma – despite her lack of certification in child abuse detection.

The state agents in the suit repeatedly called on Woods for her opinion, and the doctor repeatedly and increasingly made determinations that children had been abused and should be removed from their parents care. But all too often, Woods didn’t examine the child or do any other research and instead based her opinion solely on a photograph. She would repeatedly ignore simple explanations and reports of other medical providers.

Woods regularly provided false, incomplete, and unsupportable evidence with deliberate indifference towards a family’s rights. And the state agents knew many of her allegations were false, misleading, or unsupported by evidence.

Why would she do all this? It’s clear her motivation was financial: the state compensated her for each report or evaluation. The more cases of abuse she reported, the more money she made. She knew it was wrong; the state agents involved knew. And families suffered irreparably as a result.

The stories are heartbreaking. In one instance, parents noticed their one-month-old baby had discomfort in her arm and took her to the doctor for an X-ray. Within a day, Dr. Woods had alleged abuse without considering all of the actual medical factors, and CPS removed the child and her twin sister. Several medical experts subsequently determined the girls had been born with a metabolic bone disease likely caused by their mother’s difficult pregnancy. But Woods and the state ignored the expert diagnosis and kept the babies in CPS custody.

In another instance, parents brought their young daughter to the hospital after she fell off a bed and hit her head while her father changed her diaper. But unbeknownst to them, doctors sedated the child and performed an MRI without their consent. Inexplicably, the parents were soon ordered to leave the hospital without their child. Dr. Woods examined the little girl and alleged child abuse, telling the state she should be removed from their care. Woods had relied in large part on the test results. But she ignored the reports of the family’s primary care doctor and two other medical experts, who all reported the child had a pre-existing brain condition that explained what she stated was the signs of abuse. Woods ignored the readily available medical facts and other expertise available to her, instead wrongly relying solely on her own opinion. As in many of her other cases like this, the result was tremendous unnecessary trauma to a child and entire family. And the cases of her misconduct go on and on.

Questions have been raised about Dr. Woods’ qualifications and practices for years. During a 2019 court hearing, she admitted under oath she had not completed the required three-year medical fellowship to become certified as a medical child abuse specialist. She also admitted she hadn’t passed the exam required for board certification in the field. A subsequent investigation by NBC and KING 5 News revealed she made numerous grossly inaccurate and misleading statements to the court about her qualifications and training.

A review of Dr. Woods’s prior reports also revealed she misstated key facts and presented contradictory opinions from other experts.

What we see in some of these cases is Dr. Woods was actually going out of her way to try to pin abuse on particular parents, even recommending to one parent that they should get a restraining order on the other parent. These were situations where ultimately both sets of parents were vindicated and absolved of wrongdoing. So the concern is really that you’ve got a doctor who is extremely vindictive and going out of her way to try to get people in trouble.

We know of almost 20 people – both parents and children – whose lives were devastated by these decisions to remove children wrongly and callously from their homes. My colleagues and I are committed to helping all of them recover from these unnecessary tragedies. And it’s our understanding there are a number of other families who were destroyed by the same decisions. We encourage them to reach out to us as well. We want to help them heal as much as possible. And we want to do all we can to make sure this never happens to another family again.